Weiter zum Inhalt
Startseite » Gesellschaft » America Loves Turkey: Being An American in the Age of Trump 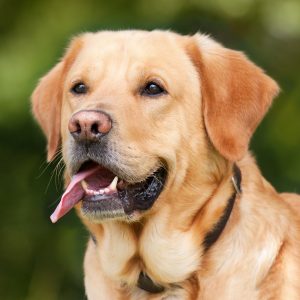 Being An American in the Age of Trump

Americans love turkey. And I don’t mean the bird, or the Thanksgiving roast. I’m talking turkey. Jive turkey. In other words, bullshit.

People tell me all the time that they can’t wait until this election is over, so we can go back to normal after Trump is hopefully1 defeated. My first thought is, “Why? You think this lunacy will end?”

Trump is not the problem with America in 2016. Trump supporters are. As is the case in any democracy, we get what we deserve. And, in a country so eager to gobble up his bullshit, we get Trump. If Trump doesn’t win, trust me, there are countless politicians hungry for power in this country, just waiting to get their bullshit out there once he’s gone.

Here’s some numbers for you: 77% of Americans believe that angels are real, with zero evidence. Compare that with the 65% that believe in man-made climate change, despite overwhelming, sustained scientific evidence. Does that surprise you? Doesn’t surprise me, I grew up with this shit.

Only 58% of Americans believe in evolution.

25% don’t believe that the Earth revolves around the Sun. I could keep going, and I haven’t even started talking politics.

So, is it any surprise that 41% of all Americans believe the election will be rigged, without any evidence? Even in the face of evidence that shows America actually makes it too hard for minorities, and those in poverty to vote? That election fraud is found only in 31 out of one billion votes here? Trump says it, that’s good enough for a lot of us. Hey, what happened to that football game? I need a beer!

Slurping up the supidest bullshit imaginable

When you have a large percentage of America slurping up the stupidest bullshit imaginable, it should give the entire world pause. I hear my liberal friends (many of whom don’t believe in vaccinations, but do believe in homeopathy, but that’s another post), constantly saying, “If Trump wins, I’m moving to (insert western democracy here). Do you think there will be any escape from a man-baby, in charge of the most powerful military on Earth, whom his supporters gleefully refer to as ‘God Emperor‚?
I’m not saying Americans are necessarily dumb, I am saying we are gullible and easily confused. So, what happens when, if Trump loses, he refuses to concede and calls on his supporters to reject the legitimacy of American elections, because (insert mind-blowing bullshit here)? No matter what happens on November 8., the world is in for some shit, because America loves its turkey. And if America loves something, you better believe we’ll be exporting it.