Skip to content
Startseite » Musik » Loreena McKennitt: „It feels a lot like fiddling while Rome is burning.“ 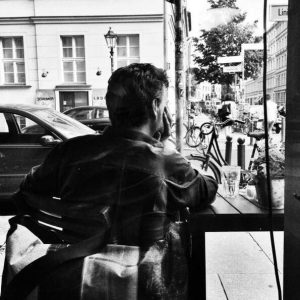 You seem to identify with the Old World and ancient cultures – at least musically. You also use lyrics by poets like Yeats or Tennyson. Your ancestors come from Scotland and Ireland. Do you feel connected with Europe?

I do. I think it’s natural that people will take some kind of interest in their family heritage. But that wasn’t initially the driving force of me becoming interested in Celtic music. I rather use my career as part of my non-formal musical education and when that involved the Celts that brought me to Europe.

You live in the small town of Stratford, Ontario, since 1981, since you were 24 years old. How important is the feeling of being at home, of being able to withdraw from the world?

I live on a farm outside of Stratford in a rural situation. But for me it’s more important to be close to nature than to withdraw from people. I find that even recording studios which is one of the reasons we have recorded the new album at Peter Gabriel’s studio in England, out in the Wiltshire countryside. I like the way I feel when I’m not constantly bombarded by relentless stimuli. This all feeds into the fact that I moved here and I will stay here. But I do travel!

You even played your music at the Alhambra and released the recordings. How important is the place in which music is being performed? What does that mean for being on tour?

It depends. We have performed and are about to perform in a wide range of venues. Some are contemporary concert halls, others are antiquities. When we’re performing in antiquities such as in the Alhambra or at the great amphitheater in Taormina in Sicily, I really feel the connection with history. I also like the communal feeling you have with the audience as an artist performing in such a place. There’s a kind of continuity that comes with that. When we’re performing in more contemporary concert halls, sometimes the halls themselves are quite special. But one of the most gratifying things I find when we’re touring is simply getting a sense of culture on the streets. There’s not much time but I do feel quite enriched by that.

For your 2006 album An Ancient Muse you undertook research in countries like Turkey, Greece, China or Mongolia. What did you look for? What did you find?

Usually I start research by looking at a corner of Celtic history from a geographical standpoint. Then I go into that region. But before I do I try to study up on that place and that period of time. For example, I’d been told about an archeological dig outside of Ankara that involved Celtic ruins. So I spent a day with a team from the University of Pennsylvania there. Then I went to the museum in Ankara which has quite a number of Celtic elements in it. I also realized from an exhibition I attended in Venice in 1991 that was the most extensive exhibition ever assembled on the Celts that they expanded across Anatolia. Another journey went to the north-west corner of China into Urumchi where I learned about mummies that had red hair. By the academic books I was reading, they dated back to about 1.000 BC. So these people in China could be viewed as the precursors to the Celts. They talked a language that fits in the European group of languages. It’s called Tocharian. The Gaelic that we would know in Scotland and Ireland fits on the other side of that spectrum. There’s a lot of imagery that comes from these journeys that I start weaving back into the creative process either through the lyrics or the arrangement of the music.

Your music combines traditional Celtic and oriental sounds, old mysticism and timeless emotions, old and contemporary instruments. Is it about adding new things to the old?

Absolutely. Another question I could put to myself is: If I had the easy option to get antique instruments, would I use them exclusively? I think that would be difficult for the contemporary ear to relate to. So I have only a certain amount of resources. It’s really a nod, it’s a gesture to the aspect of antiquity.

There seem to be Christian and Pagan influences in your lyrics. Are you a religious person? Or is there something such as a universal spirituality?

People have a need to be spiritually engaged. Religions evolved out of that need. I would say that I have more of a universal spiritual position that is very tightly connected to the natural world. But there are also some very valuable lessons to be found in a certain religious past. I’m mindful of them. I have never partaken in any contemporary Pagan activities myself but I’m aware that that Neo-Pagans have found a connection in my music. Sometimes people write things in a way that resonates in different directions. For example what the Sufi mystics wrote is really speaking to a higher power.

You get involved with social and environmental issues and express high ethical standards. Yet your lyrics don’t sound like calling for revolutions. Is your music about changing the world from within?

Nowadays I’m very much preoccupied by the disintegration of things and I feel that I am ready for revolution. I feel very strongly about some of all the things which seem impossible to solve. It feels a lot like fiddling while Rome is burning. I think everybody needs to be leaning against the really concerning stuff, you know, climate change and a whole bunch of issues. In recent years it has caused me to reflect on whether I should steer my creative focus toward something which is more radical.

Lost Souls, the title of your recent album, might be referred to the state of the world. But you rather seem to sing about very personal issues, longing or loss. Is it an album about these things?

Four or five pieces from Lost Souls were conceived many years ago. The original working title of Ages past, ages hence, for example, was Pagan Trees. I performed it on a stage in Toronto at about 1991, but I don’t remember performing it after The Visit. Though I remember writing it at a remote farmhouse. Where my desk was situated I looked at this wonderful grove of trees. And I kept feeling they were like witnesses to our human folly. They had seen people come and go. The last piece, called Lost Souls, was largely prompted by reading a book called A Short History of Progress by an anthropologist called Ronald Wright. He argues that we have a propensity to get ourselves in what he calls “progress traps”. And that whenever this happened there was always a new world to go to and start all over again. Of course I’m living in one of these new worlds and I know what that looks like right now. So that piece really is a reflection of how badly things may have gone.